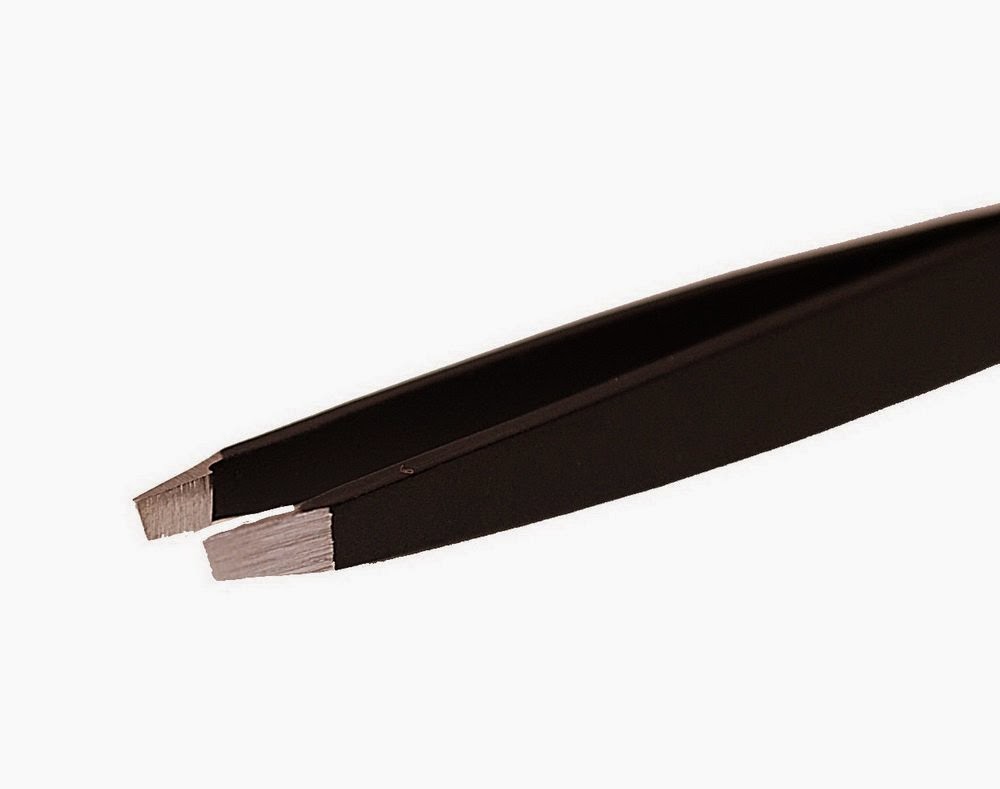 The other day, Anna Cade from Herding Cats did a review on tweezers, and in my response I mentioned that I'm always losing the dang things, eventually finding them in places they're not supposed to be. Under the couch, on the floor under the bed, on the passenger seat of the car, and everywhere else, except the bathroom, where I need them the most. (lol)
I had the chance to review the mascara, which I absolutely loved, and finally, I've found a pair of tweezers I can actually hold onto without them getting lost!
Standard tweezers that are purchased from a store are silver, but this is unique because it's black and stands out, making it nearly impossible to lose. Yay!  It also comes in this really neat plastic case that's easy to store in your purse, on the bathroom counter or in the glove compartment of your car. That is a total bonus for me! If you want to have fantastic brow tweezing, and believe me, I'm no expert, this is excellent because the stainless steel slanted ends are sturdy,very simple to use, and they work.   Once I removed those ugly gray hairs that were hanging around, my brows were in tip top shape with minimum effort.  Also, if you have other facial hairs that have been difficult to remove, these are the tweezers to use. 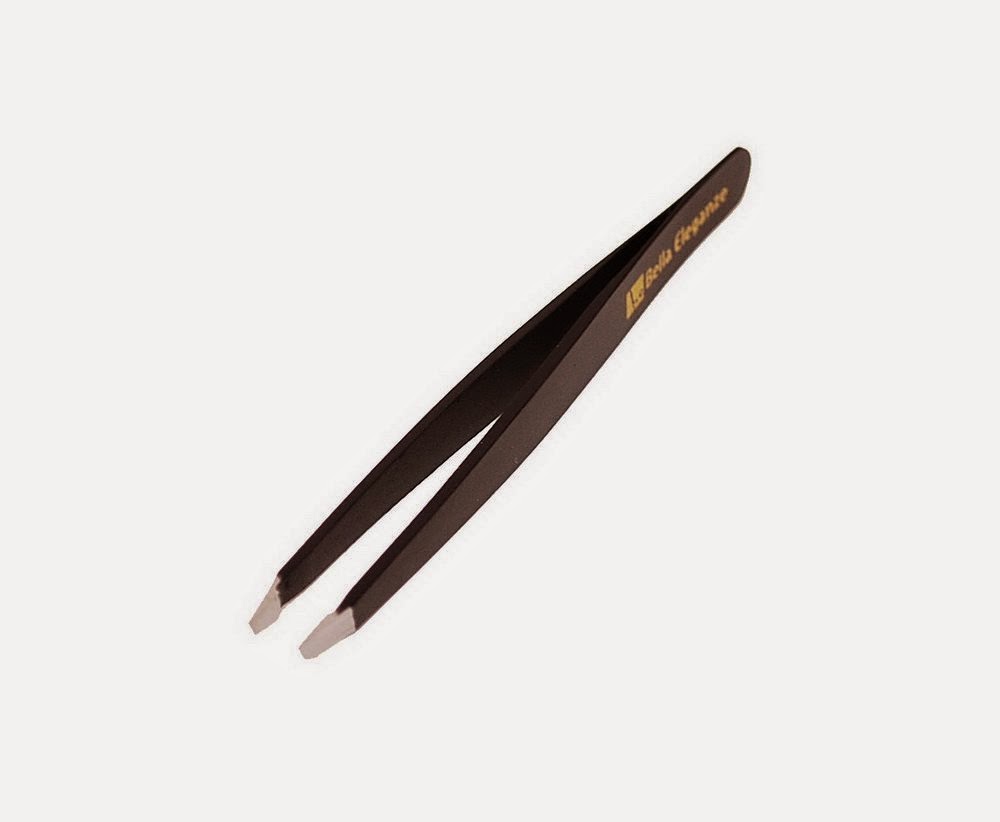 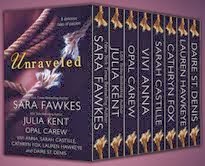 Ironically, flying with Montgomery Charters, the same company who lost a lawsuit to her firm just a  year ago, Rebecca never imagines she’ll run into the owner, Quinn Montgomery again; particularly since the loss cost him hundreds of thousands of dollars, making him a little angry.  Despite not seeing him for a while, she still remembers his strong presence and intense gaze.


Quinn hasn’t forgotten the stunning, clever and curvy Rebecca Andrews, and the Dom in him looks forward to having her submit to him sexually for an entire weekend, starting with a firm spanking.  He yearns to be the one to break her iron control displayed so proudly in that courtroom.  Looking at the itinerary for the day, he grabs his uniform, scratching the scheduled pilot off the list, ready to fly his only passenger to the island.   Yes, let the games begin.


Meeting Quinn again is a little unnerving, yet she can't deny the sexual chemistry she feels just being near him.  Also, as she looks around the island, no one else is even around.  What in the world is going on, and where are the rest of the guests?  Quinn wastes no time reminding Rebecca that she’s no longer in the courtroom and he is now in charge.  Despite her nervousness, and the chance to go back home Rebecca feels a twinge of heat as Quinn looks deeply into her eyes, reminding her this trip has nothing at all to do with revenge,  but everything to do with their relationship.


Montgomery starts the adventure simply, asking Rebecca to wear the clothes he’s purchased for her, and negotiation is not an option.  Shivering with anticipation, yet still wanting to wear her own clothing, she’s escorted to a very plush bedroom to change, and the phone is there…waiting, but ultimately ignored.


When she refuses to remove the rubber band from her hair as commanded, Rebecca is in for a rude awakening, and given a good firm spanking.  Surprised, she gives a cry of pleasure and Quinn feels himself growing hard and hot very quickly.  Is it possible for Rebecca to let go some of her control with Quinn as her Dom?
Yours to Take delivers characters that are likable and believable so you want to get to know them better.  In fact, I related to the calm and sensitive dominance displayed by Quinn because he wasn’t over the top, and it was refreshing to see Rebecca getting the job done at work, yet having the strength to submit to her man in the bedroom for their mutual pleasure.  Will this encounter last longer than a weekend?

Seven more authors share other passion-filled stories in this boxed set and include Sara Fawkes, Julia Kent, Opal Carew, Vivi Anna, Sarah Castille, Lauren Hawkeye and Dair St. Denis, and I'm looking forward to reading each and every one of them.  Meanwhile, Yours to Take by Cathryn Fox,the first book in UNRAVELED, is a sure winner.

Abruptly interrupted while training at San Franciso's Club Excelsior, fiercely independent MMA fighter Marcy forcefully tells the new coach Jax, she's not interested in any of his helpful tips.  Taking a closer look at the new "coach" she wonders if he's ever fought a day in life.  Luxurious hair, drop dead gorgeous and absolutely no scars; he may be sinfully sexy with those soulful brown eyes, but all Marcy cares about is winning the California State Championship.

Just as determined to make her better than she thinks she is, even though she's won her last 4 fights, Jax doesn't give up, letting Marcy know he's been watching her on television and checking out her interviews.  She may be good, but there were instances she "choked" when it counted, and he wanted to ensure she wasn't too cocky and stayed on track.  Besides, he has a job to do. Strong willed, yet calmly sensual, Marcy can almost touch the power Jax exudes.

What grabbed my attention about Yield to Me, was the witty play on words in the very first paragraph, and even though I'm not a fan of the MMA scene, I found myself totally engrossed and eager to find out what happened between these two fighters.  Well written, the palpable, escalating sexual tension between the pair, the funny conversations and the eventual camaraderie really kept my interest.

An innovative author, Sarah Castille delivers a sizzling tale definitely worth your time in the 2nd book of the Boxed Set: Unraveled.  Bravo!