NINE TYPES OF ABUSERS - Who are you really living with?

Periodically, I talk about domestic violence, which is not pretty or glamorous.  Sadly, it affects people we know, work or shop with.  Sometimes it's physical, but more often than not, it can also be verbal.

At first, he'll tell you he's sorry - maybe.  Eventually, it will become second nature while you live in fear. It's 2018, yet many still consider abuse to be a silent crime.  Even worse, people either don't believe it exists, or blame the victim!

Lundy Bancroft brilliantly focuses on the mind of the abusive man, in his book  "Why Does He Do That? Inside the Minds of Angry and Controlling Men" and when he shares that there are actually 10 types of abusive personalities,
( I didn't include the 10th) I was stunned.  Take a look at this information, and ask yourself - "Who am I living with?"  Do you see your partner on this list?

The Demand Man - There's nothing wrong with being old-fashioned, but this type of abuser believes it's your job to take care of him, 24/7.  You have no right to ask him to do anything, including cleaning up after himself - in fact, it may make him angry enough to verbally or physically assault you in retaliation. If he is unhappy about anything, it is clearly your fault. 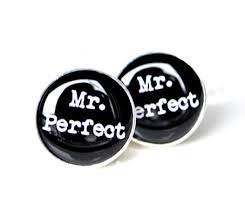 The Mr. Right Man - knows everything and refuses to listen to any of your opinions, ridiculing you and your lack of intelligence.  When he speaks to or about you, he insults your lack of sense, belittling you whenever possible.  Worse, he's an expert on everything about your life and how you should live it to please him.  If you foolishly disagree with his expertise on anything, you're mistreating him. 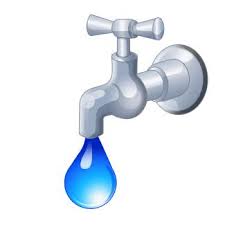 The Water Torturer -  cleverly attacks his partner without ever raising his voice or showing anger, but he uses subtle, consistent sarcasm and cruel remarks to wear you down. He twists your words in public to discredit you.  He never yells, but emotionally attacks you until during an argument, and you end up yelling or crying while he laughingly calls you irrational and crazy.  No matter how mean he is to you, there's nothing you can do. Sadly, his friends and family don't understand and take his side. 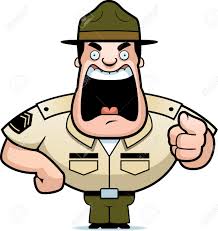 The Drill Sergeant - this man is extremely controlling, getting the password to voicemail and listening to messages, criticizing the clothing you wear,  or checking up on you at work.  This is the jealous one, who will frequently accuse you of cheating.  This man may escalate from verbal assault to physical violence, and because he has his thumb on your life, makes it difficult to get away.  He believes that you don't need to have anyone in your life and absolutely abhors the thought of you having any type of independence.

Mr. Sensitive - seems like your knight in shining armor - warm, sensitive and willing to hug at a moment's notice.  Unfortunately, if you ever say something to hurt his feelings, you'll never hear the end of it, wanting you to apologize over, and over and again. Soon, it seems if as if you're saying the wrong thing all the time, making him feel bad.  However, if he says something to hurt your feelings, he says, "it's no big deal. get over it".  Soon, he'll blame you for everything wrong in his life and out of sight of others, becomes mean or intimidating.  In fact, he finds joy in trying to get inside your head and wants you to feel joy that he's not like all those other men who are abusive.

The Player - is normally exceptionally attractive, and may be a bad boy.  At face value, he may be the man we read about in a romance novel and fall madly in love with.  When you and he first connect, he makes you feel like the most special woman in the world and feel grateful to know him.  As time goes on, however, you notice that his eyes start to wander while you're out in public and he is blatantly disrespectful as he flirts with other women.  Rumors start to get back to you that he is interacting with women using inappropriate sexual conversations, asking them out to lunch or outright cheating.  Because he plays each woman against the other, they end up hating each other rather than him.  His flirting and cheating allow him to get away with other types of mistreatment such as lying, callous treatment and verbal put downs, particularly when he is caught.  Beware of the gaslighting.

The Rambo - aggressive with everyone, this man intimidates,creating fear and definitely has no patience for weakness.  He doesn't believe in compassion and can be extremely abusive both verbally and physically. However, during the beginning of the relationship he appears to be caring and protective, making most women swoon.  This doesn't last because he really has no respect for women in general.  His job is to keep you in line.

The Victim - this man is very self-centered and believes that everyone should feel sorry for all the things he has been through.  Every relationship he's been in, he's been abused and taken advantage of.  He is treated unfairly at work, by friends he trusted and even you.  You have abused him so badly that he has to give it back to you so you know how it feels. In his mind he has been hurt so badly that he should get away with anything including the abuse.

The Terrorist - is very controlling and demanding, often threatening and enjoying his ability to cause pain.  Seeing you in fear brings him joy. You can't have any independence, and he will use many tactics to stop you from leaving.  Living with this type of man is extremely traumatic and dangerous, as you live in constant fear of your safety. If you do get away, this man may be likely to stalk you.

No matter who you live with, there is never a reason to be abused, and it's definitely NOT your fault.  Abuse is about the constant need to control and manipulate another person.

When you safely can, seek help from someone you trust such as a pastor or neighbor or friend.  You deserve the best life has to offer. 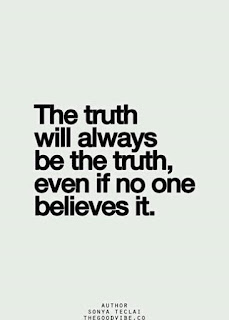