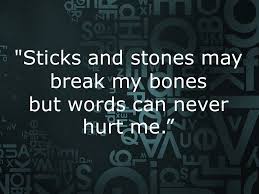 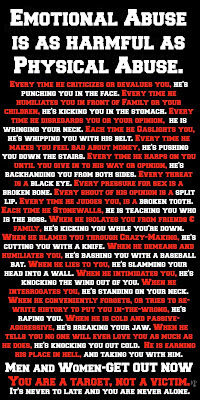 We used it alot back in the day in response to bullies in school or during recess. But that familiar phrase has been around since at least the 1860's.  Thankfully, I'm not sure people even use the term any longer. 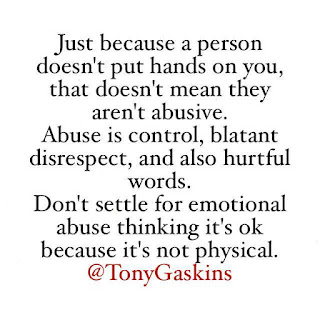 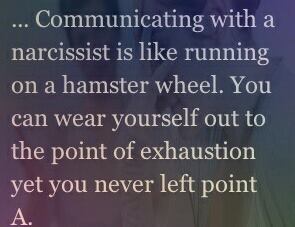 Sometimes when you're on the receiving end of verbal abuse, you may not have a clue what to say to just get it to stop.  So you may find yourself becoming depressed, angry, bitter, fearful or even resigned as you continue to deal with the disrespectful behavior of being lied to, humiliated, cheated on, gaslighted, degraded or personally attacked. There's no doubt that this can be a nightmare to cope with. As difficult as it may be, the key is not to fall into the act of defending yourself, because it will almost never work, particularly if the person you're dealing with is a narcissist.   But an abuser doesn't necessarily have to be a narcissist.

Keep in mind that verbal abuse is considered a part of domestic violence and is about control. 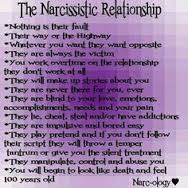 Some people may assume that a narcissist  just has a really large ego, but there's actually more to consider.  Narcissism is an actual psychiatric condition that's considered a personality disorder. This person has a sense of entitlement, a total lack of empathy for others, and an  unrealistic need for admiration.  In an effort to make sure he or she is consistently portrayed as better than everyone else, they are intolerant of others and will degrade, humiliate, blame or discount them.   They are often clueless that they have hurt someone's feelings, and don't care. Despite the inflated egos and big personalities, they cannot handle any type of criticism and will overreact with unrealistic anger and hostile behavior.  Now we have a verbally abusive situation. 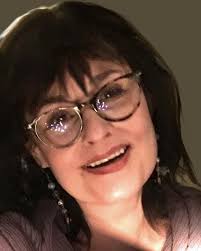 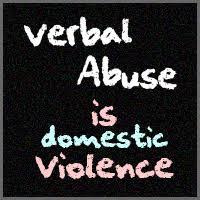 STOP! When you defend yourself, you put yourself in the position of justifying your actions to others. You seek understanding, agreement, empathy, recognition of what's really going on, etc. This is OK in an ordinary relationship. It's not OK in an abusive one:

#Since everything you say can and will be held against you

#Since defending yourself puts you in a one-down, where you are asking for approval, congruence, permission, etc.

#Your abuser is looking for a fight; not for understanding

Below find some non-defensive, disengaging responses to typical abusive comments. The abuser's objective is not to impart understanding. Your partner wants to provoke you. Your objective is to remain calm, disengage and avert provocation!  Engaging is a no-win!
"There's nothing to talk about."  OK.
(Think: My partner is withholding; nothing I can do about it. So be it.)

"Why should I tell you? You won't listen anyway." OK.
(Think: Let him/her think whatever they want; they will anyway.)
"You're wrong!" OK. "What do you mean OK?" I mean OK.
(Think: Who cares who is right or wrong!)

"I never said that." OK
(Think: No point engaging. We both know the truth.)

"You're too sensitive." Yes. Respect my sensitivity.
(Think: It's OK to be sensitive!)

For more tips, visit:   https://www.betterhelp.com/advice/abuse/youre-not-crazy-but-emotional-abuse-can-make-you-think-you-are
Posted by RO at 4:00 AM