CALIFORNIA VEGGIE SLIDER & OTHER STUFF YOU DON'T WANT TO KNOW

If you've been reading this blog, you know I'm no fan of veggies, but I've been trying to incorporate more into my diet.  Two things make this absolutely delicious - the cream cheese, and it's small.  You can find this recipe and more on the Food Network.

CALIFORNIA VEGGIE SLIDER
Hollow out the bottom  of 12 mini multigrain rolls, drizzle with olive oil, then spread with cream cheese. 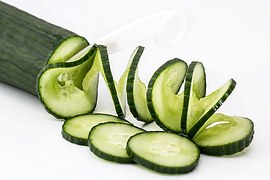 Fill with shredded carrots, sliced bell peppers, tomatoes, cucumbers, avocados, shredded lettuce and alfalfa sprouts, then drizzle with a little lemon juice.  If you're still hesitant, feel free to add to some bacon or a meatball to spice it up. (lol) But I've tried this without meat, and I still can't believe how it tasted! 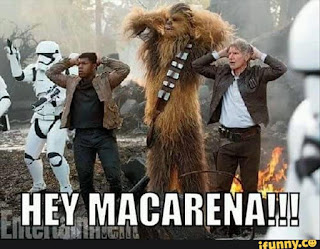 LET'S DANCE!
Okay, who remembers the Macarena, and were you dancing along with everyone else?  For 14 weeks in 1996 it topped the Hot 100 charts as we sang along to this catchy tune,and I was one of them.(lol)  Did you know that 50,000 people got their groove on in Yankee Stadium doing the Macarena at one time?  Can you imagine the fun?! 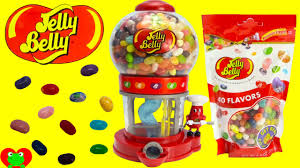 SWEETS AND MORE SWEETS
Are you up for 40 minutes of pure decadence and imagination?  If so, let's take a trip to Fairfield California to experience all things Jelly Belly at their headquarters. 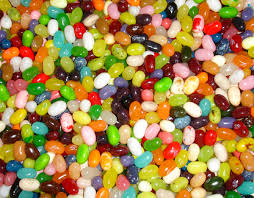 These tasty gourmet treats that I adore take about  a week to create, but during the actual tour you can taste old school and exciting new flavors.  Get deals on these at Big Lots, Harris Teeter and Walmart to name a few, but if you visit the gift store, they offer irregular beans for 1/2 price.  What are some of the cool flavors offered?  Birthday Cake, Stink Bug, Dr. Pepper, Strawberry Daiquiri and lots more. 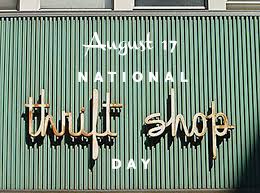 SHOPPING DEALS
Most people know I love a good deal and use coupons all the time, but I also find lots of bargains and unique items in second hand stores. Just in case you didn't know, National Thrift Shop Day is August 17.  Not only will you be able to find your usual deals, but owners may offer other specials too.


Speaking of coupons, my friend Kelly knows me so well, and believe it or not we actually met via Facebook.  She sent me a bag for my birthday that shouts out what I actually say to people all the time.  Isn't it glam?


WIZARD OF OZ
How many times have you seen The Wizard of Oz?  This delightful movie starring Judy Garland has been around since 1939, but did you know the hit song Somewhere Over the Rainbow was almost axed?  Apparently MGM felt that at 2 hours, the movie was already too long, but a producer worked hard to keep it in, and the song we all love is considered to be one of the greatest songs of the 20th century.

A few days later, she received the bill, and saw that he had in fact re-ordered the naughty channel, sending her over the edge. She went to the utility shed, aka The Man Cave in their yard, and told him to leave the house, which he refused to do.  Livid by this point, she went back into the house, grabbed a .22 pistol and shot him in the leg and head, then called 911 to tell the operator what she did. She waited in the yard until the police arrived and arrested her.  Prior to this, there had never been any violent acts between them.

Well, I made it to another year, which I'm grateful for, and I'm so appreciative of the friends I've met through blogging, friends who never cease to encourage and help me, and my son and his family.  I can't believe the kindness of so many people I've met over the years. 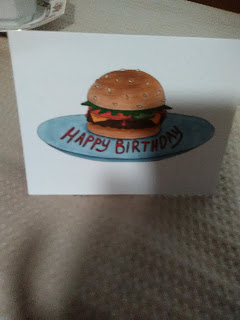 It will be raining today, so the plan is to watch movies, finish a book I've been reading and eating a cheeseburger. (lol)
Yep, this is a birthday card from Kelly who knows I'm heavily addicted to cheeseburgers.(lol) 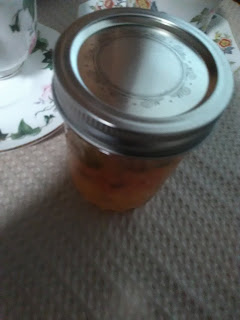 I need to give a huge shout and thanks to Peggy for my birthday gift from
http://straightupnochaser.blogspot.com/, who knows I adore my spicy goodness.  This is some homemade pepper jelly that was absolutely fantastic as a roast glaze, and I also used it with coleslaw for a nice kick and some sweetness.  If you want to hear some really funny stories, check out her blog.

By the way, today is World Elephant Day! 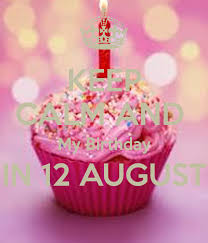 TOP 7 REASONS TO RUN TO THIS PAWN SHOP, AND SOME OTHER STUFF 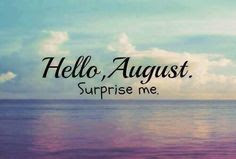 Awesome Anna Cade from  http://www.herdingcats-burningsoup.com/and I hung out at IHOP/IHOB the other day, and initially our cute server was super attentive.  Once he realized we were pretty much parked in place because we were talking and laughing so much, he pretty much ignored us until it was time to pay.(lol) 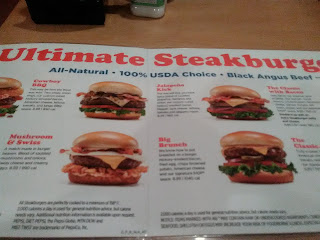 While we didn't get kicked out this time, we were there for almost 4 hours! By the way, to all my veggie friends out there, IHOP does not provide veggie burgers! 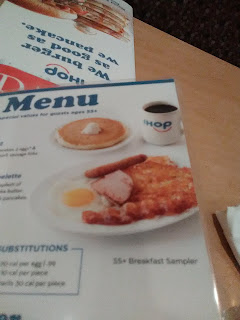 Ironically, we're both born this month, but we're different zodiac signs.  Of course, I had to remind Anna that since I'm 20+ years older, my birthday was definitely more special. (lol) 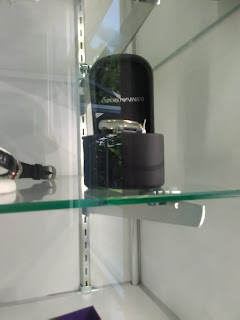 TOP 7 REASONS TO SHOP AT NATIONAL PAWN AND JEWELRY
When we think of pawn shops, selling something to get cash is what normally comes to mind, along with some shady deals. But that's definitely not the case with National Pawn & Jewelry.

They are thinking outside of the box by also selling designer brands and merchandise in their stores.  I promise that if you take a moment to peek in, you'd be pleasantly surprised.


1.  You'll be greeted 100% of the time by an attentive employee when you enter the store.  Not only was I greeted, but I watched every single person who came into the store get a wave or hello.

2.  The store is absolutely spotless.  There wasn't a piece of paper on the floor, cigarette ashes or any type of debris to be found anywhere. 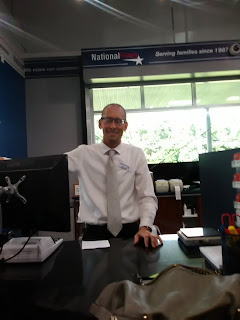 3.  Stephen, the personable manager, has been there since the store opened - 5 years ago, and he shows no signs of running away anytime soon.  *Waving Hi to friendly Steve*

4.  The employees are eager to help and keep a smile on their face all the time.  They are well versed on the merchandise in the store and work within your budget constraints to get you the best deal possible. If you're looking for something in particular, they'll take your name and number to let you know if it comes in.  There were 7 associates, and they took the time to treat each customer like a queen or king.   The last time I saw sterling service like that was in Nordstroms in Atlanta Georgia several years ago. 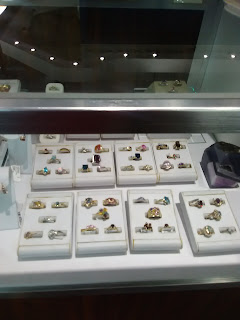 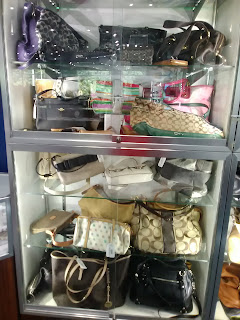 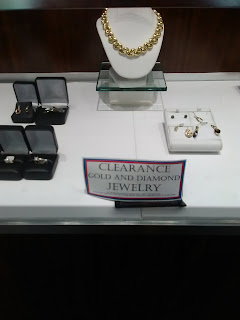 5.  Get brand new designer bags from Coach, Michael Kors, Louis Vuitton, high end jewelry,  Rolex watches and more for prices you won't believe.  I'm not kidding!  These are perfect as a gift to yourself, or friends and family for the upcoming holidays, and they provide layaway!

6.  Do you watch DVD's?  Most stores sell them for $2 and up, but you can choose from hundreds and pay just $.50 a piece at National Pawn and Jewelry! 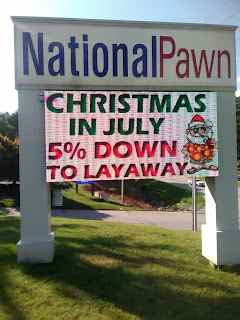 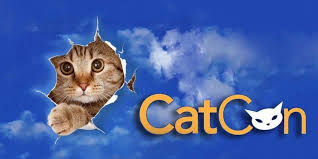 CAT FANS
Are you a cat lover?  Did you know there's an annual celebration of these furry felines at CATCON in Pasadena, California from August 4 - 5? 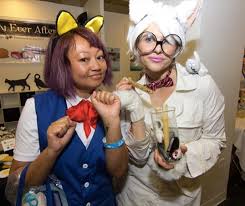 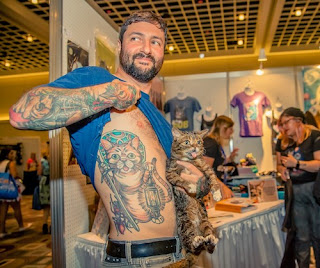 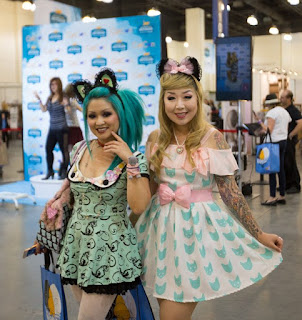 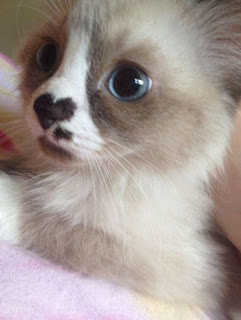 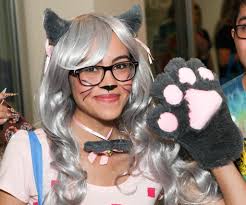 You'll find all kinds of neat things that are purely related to cats.


DISNEY STUFF TO SURPRISE YOU 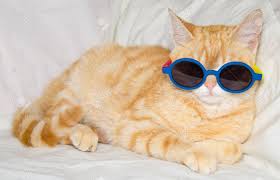 ARE YOU MISSING YOUR SUNGLASSES?
I sure can't explain it, but the word on the street is that 200+ sunglasses are turned in to Lost and Found every day at Disney World.


THINGS SURE HAVE CHANGED
When Disney World initially opened, you could get in for the bargain price of just $3.50, which in no way compared with the $109 price today, unless you get a discounted deal. 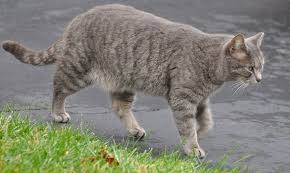 THEY OWN THE WORLD
Speaking of cats, they pretty much own the park at Disneyland, but you won't see them while you're visiting.  A little over 200 feral cats are fed and medically treated which includes being spayed or neutered once you're at home and the park is closed.  These cats go on the hunt for rodents in the park, so they're treated like kings and queens.  The staff works really hard to keep the cats hidden, but if you're in the right place at the right time, you may see one silently checking you out.


EARLY BIRTHDAY LOVE
I need to send a HUGE shout out to my good friend Elizabeth(Yep, I knew it was you-lol) from http://alteredbooklover.blogspot.com/, who also adores cats, but she's also exceptionally kind, creative and wise.  Even better she knows me so well, and sent me lots of fun gifts for birthday which are perfect for my Planner.. 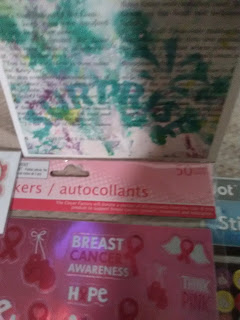 What's even more special is the handmade birthday card using shaving cream and stamps. It's so beautiful, I wish I could time travel to Wichita to give this talented woman a HUGE Hug.  Thanks a bunch Elizabeth for your thoughtfulness - you're the best!*Waving Hello to Elizabeth*

One free doughnut of your choice PLUS one free small Krispy Kreme coffee or fountain drink.

Simply print the coupon below and give it to the cashier at your local Krispy Kreme shop. Thanks for being a loyal fan and a special Friend of Krispy Kreme.

*I am compensated or sponsored in some instances to provide my opinion on various products, services and books, however, I still always provide honest feedback, opinions, reviews and findings.