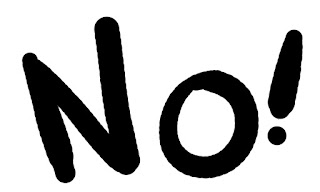 I know it's been a crazy 2 years or so, but what in the world is going on??!!  The other day I was paying for some items in Dollar Tree (now $1.25) when I heard something fall.  I turned around, looked on the floor and...nothing.  Then when I looked up, I noticed the lady behind me was placing my watch in her handbag!!!!  I was steaming inside, but calmly held out my hand and mentioned that I used that watch to monitor my heart rate.  She returned it, and all the while I was thinking how quick this lady was to bend down and grab that watch.  I mean, she was really fast!(lol)

Who's ready to admit that they were addicted to watching 'Curling" during the Olympics even though they had no idea what's really going on?(lol)  That would be me.
According to a study completed by www.ranker.com, the #1 quality that's appreciated is Trustworthiness at 33%, with honesty coming in right behind with 25%.  Apparently, no one cares if we have good manners, because it was rated at exactly 0%! 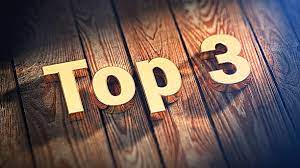 You may be surprised, but the Beatles are still the #1 Musical Artists of all time according to the sales of their albums as of August 2021.  If you guessed Garth Brooks at #2, go to the head of the class, and Elvis Presley rounds out the top 3. 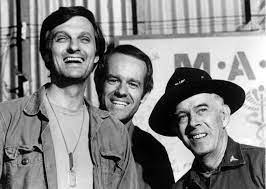 With all the programs we've seen on television over the years, the last episode of Mash on 2/28/1983 is still rated as the all time highest rated at number 1. 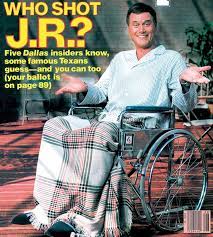 Were you on the edge of your seat wondering 'Who Shot JR?" on Dallas in November 1980, if you so, you contributed to the #2 rating. 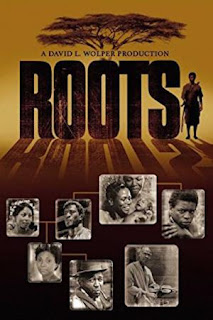 Finally, in January 1977, all eyes were on the 8th and final episode of Roots where  Civil War and slavery ended, as part of the top 3.

There have only been 8 presidents in office who were left handed, and include Ronald Reagan, George HW Bush, Bill Clinton and Barack Obama.

Do you feel like you can't remember where in the heck you've placed your keys during the winter months?  Don't panic yet, you may just need more Vitamin D.  During the colder season 40% of us are deficient according a Yale study. Try a daily dose of D3 and get a brain boost.

With prices going up, up, up, more opportunities for deals is important.  A biggie that saves money on Procter & Gamble products is the coupon site, www.PGGoodEveryDay.com, which lets you print coupons right at home.

Here's a tidbit that I found super interesting.  Carrying around the $100 bill, may make you feel like a baller, but of the $12 billion $100 notes in circulation, a whopping 80% of them are not in the United States.  This is the currency of choice by drug dealers, terrorists and others who don't want to use credit cards or small bills, according to the Federal Reserve. It also weighs much less when stacked, like what we've seen in movies.  So it' not surprising that the $100 bill is the most counterfeited outside of the US. The top bill counterfeited here in the US is $20.  In 2020, the Secret Service collected more than half a billion dollars, according to their annual report.  With that being said, the Department of Treasury says there is still $70 - $200 million dollars worth of counterfeit money in circulation. 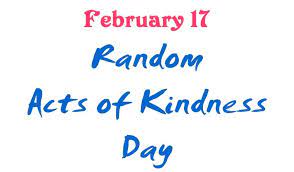 Just in case you've been wondering, National Random Acts of Kindness Day is today, February 17.  What a great opportunity to leave fun notes for your co-workers, pay for coffee for a stranger, help a neighbor with repairs or to surprise your local fire department with some cookies.  If you can dream it, performing a random act of kindness is very much appreciated. 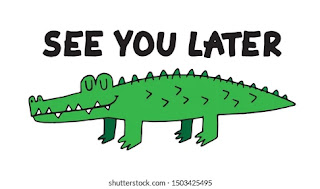 I started this blog back in 2014 to put some eyes on domestic violence, of which I'm a survivor, and it soon evolved into many other things.  Either way, you stuck with me throughout it all, and I've loved it so much.  What's even better are the relationships that were built outside of the blog, along  with the phone calls, emails, cards, gifts and eventual meetups. They were the best.  Meanwhile, I still advocate for those who suffer the pain and trauma of physical and emotional abuse, many in fear for their lives.  Don't give up on them when you tell them to just leave the situation, and they don't. They need you, still. While I'm saying 'see ya later' to In the Know With Ro, I absolutely will still stop by to wave hello to all my blogger buddies to see what's going on, because each of you has taught me something new, interesting or thought provoking that made life more rewarding.  For those who want to see pics of some of the things I do that are absolutely unimportant most of the time,(lol) come on by Instagram at ro.intheknow

Most of you know that I'm absolutely hooked on books, movies and tv programs, so here's a few for you to check out for date night, or just for fun on cable, streaming, or On Demand. 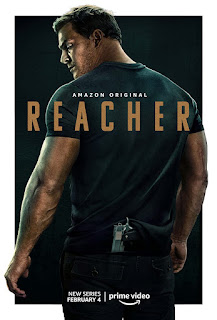 1) Reacher - I literally binged this all day(lol) Plenty of action and dry humor to keep your attention. - Amazon Prime

2) Tinder Swindler - this guy is literally still walking around out there, and you'll look at online dating a different way! - Netflix

3) CODA - I wake up being able to hear every day, but so many of of us may not have that. What an eye opener, and such a brilliant movie. - Streaming 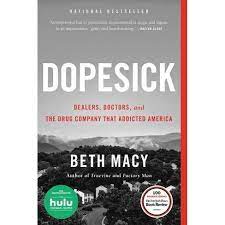 5)  Yellowstone - it took me awhile to get through all the seasons, but 'm totally hooked! - Streaming 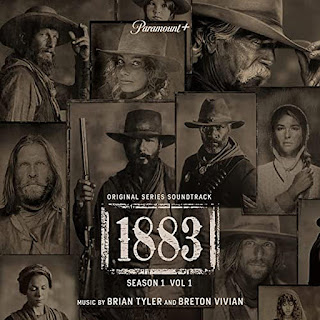 6)  1883 - Even if you don't like westerns, you'll get caught up in the lives of these people as they travel, and my goodness - Sam Elliott and Tim McGraw.  Need I say more? - Streaming on Paramount+ 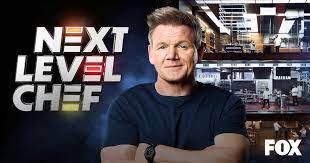 7)  Next Level Chef - Gordon Ramsay came back with a vengeance and something totally unique when it comes to showcasing chefs.  Watch this on the Fox Network 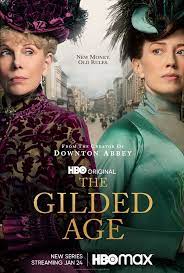 8)  The Gilded Age - this explores snobbery, racism, revenge and more amongst the upper class.  I couldn't take my eyes off the things that were happening.  Christine Baranski is so believable as a snob in this role of the 19th century. To her image is everything.  HBO

9)  Don't Look Up - perfect example of how we simply don't listen and have our own agenda.  You'll love seeing all the stars in this movie including Leonardo di Caprio.  Watch it on Netflix and ask yourself -"What if?" 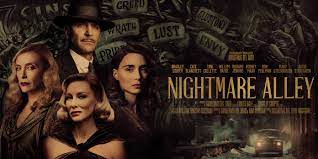 10)  Nightmare Alley - see the evolution of the handsome Bradley Cooper as he slowly spirals out of control in what's sure to be a classic. - Streaming 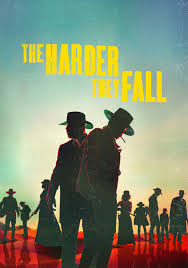 11)  The Harder They Fall - true this is a western, but I promise that you'll be absolutely shocked by the ending, and asking yourself 'what kind of person am I?"  Truly riveting, and Idris Elba too! 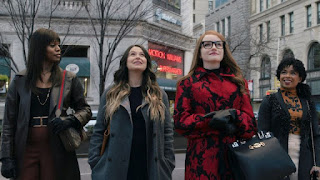 12) Inventing Anna - this true story is absolutely mind-boggling, and will have you scratching your head in fascination, hoping that you don't have a friend like this.  Did I mention that it's factual?  Binge it on Netflix. 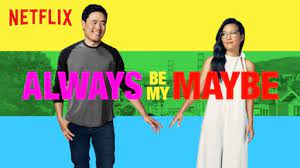 13) Always Be My Maybe and anything done by the amazing Ali Wong.  Yep, Wong's standup is raunchy, but I promise something she says in one of her stand-up sets is going to bring back memories of something you've done or thought about.(lol)  Her movie and stand up specials are streaming on Netflix. 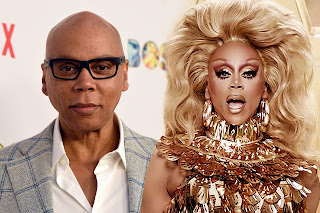 14)  RuPaul's Drag Race  - Back for Season 14, this Emmy Award program is one of my faves.  You may be surprised to know that RuPaul is not a made up stage name.  Ru's mom wanted to celebrate  the New Orleans 'roux' commonly used in gumbo, and RuPaul Andre Charles was born. Ru has been around since the 1980's, along with his sidekick Michelle Visage.  All of his hard work has paid off over the years earning him a current net worth of $60 million. 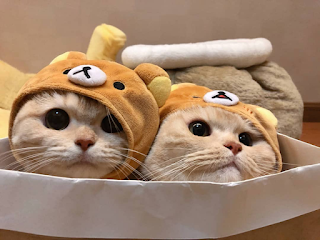 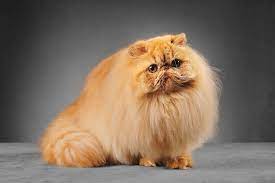 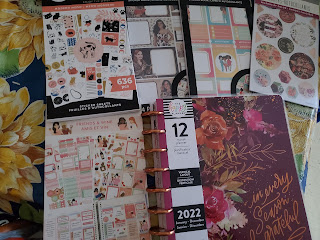 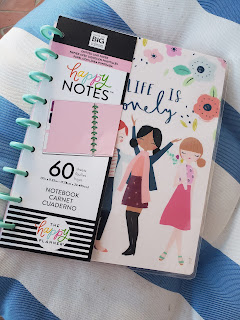