DO YOU KNOW WHAT YOUR COLLEGE STUDENT IS REALLY DOING? 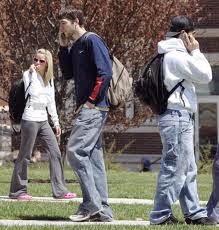 Here's another "real" day in the life of a college student that you may be surprised to know, at the same college which must still remain anonymous.  Yesterday, between the hours of 11am and 11:43am, 52 students came into the dining hall to eat.  A few were on the phone upon arrival, but the rest started using those cells as soon as they sat down to eat.

What was really interesting is that the majority came in with friends, but they clearly ignored each other during the meal. Granted, some were speaking with parents, but many were sexting (no, they never tried to hide pictures of breasts and penises as I walked by, but dang it I wish they would have!), texting other friends who were apparently more important than the ones they were eating with, playing games, or on Facebook/Twitter.  Even better, two people had textbooks open in front of them while engaged in their phonecapades, making me scratch my head in wonder as to how any knowledge was actually being retained.

Let me also say that these kids provided access to all their friends (yes, that is still happening even though they aren't really paying any attention to them), while mom and dad foot the food bill for all their meals on a weekly basis.  What the heck?

Unable to keep my mouth shut, I asked one young man if he had ever lost his phone?  When he responded that he had lost it once or twice, I asked if it stressed him out?  Of course, he said he didn't know what he was going to do because all of his contacts and messages were there.  I asked if he ever considered writing his phone numbers in an address book, and I got that "look".  You know - the ones where your kids think you're clearly crazy or out of touch with reality.  Uh...ok.

One group kept passing their phones around to each other and giggling incessantly, while another felt that an African-American Spiderman had racist undertones because he was portrayed as automatically loving Jazz.  Huh? 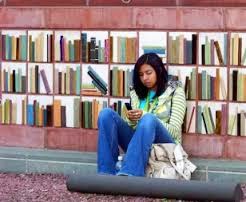 There are lots of cones for ice cream, so perhaps you can explain to me why one young man felt the need to squirt vanilla ice cream into his hand as he and those non-important friends left the dining hall for their next adventure?

Before you panic, there are plenty of serious students who care about getting that all important college degree, but while they're eating breakfast, lunch or dinner, something clicks which causes them to revert to high school mode. Believe it or not, this pattern continued throughout the rest of the day. YIKES!

What happened to the days when you went somewhere to eat, and spent time having fun with the friends who were actually in front of you? I don't get it. 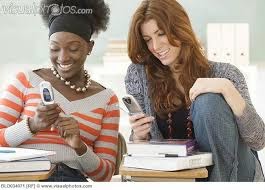 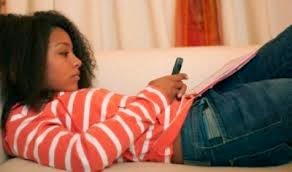