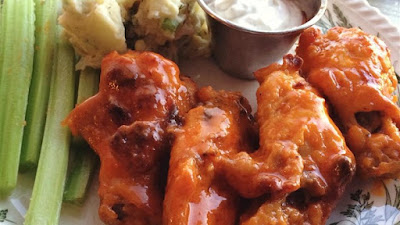 I love any recipe that includes cayenne, so if you want your wings a little spicier, feel free to add more, or even throw in some hot sauce to keep those tongues tinglin'.  This is a great treat for a Superbowl or Puppy Bowl Party. 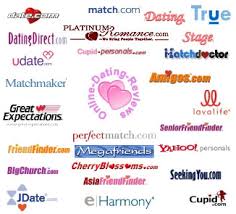 I'll be the first to admit to being nervous about on-line dating.  I just don't have the courage to exchange pictures and talk to perfect strangers with the intent of eventually hooking up.  However, just about everyone I know has done it, or is thinking about doing it.  My son met his fiance via the Internet and so did his best friend.  A close friend of mine, almost exclusively dates the people she meets on various dating sites and she loves it.  If you have been reading my blog, you already know that I look for the funny things that happen in life to entertain myself, and my friend has lots of funny stories to tell when it comes to Internet hook-ups.  Mostly they relate to her "rules".  Before you get mad at me, she knows I write about her, so she's cool, as long as I don't use her name. *heh*.

1.  No, she does not want to meet any professors, because she says they will be too obnoxious and focused on talking about education all day long.

2.  No, she does not want to be wined and dined at McDonald's or Burger King to "get to know one another".

3.  Short men need not apply.  She'll just feel like she's walking with one of her grandkids.

5.  Don't meet on the date, then expect her to loan you some cash because you're a little low.

I haven't met any of her dates, but I've heard all about them, seen photos, and offered my often unwanted opinion. (lol)  'Nuff said.

TV STUFF YOU MAY NOT KNOW
If you have a fave tv show, now is the time to find out if it's coming back.  A few of my faves will be around for another season, but sadly, some may be gone, gone, gone. 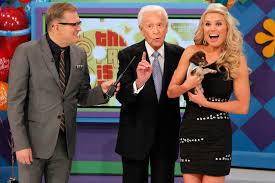 The other day while getting gas, two of the clerks were discussing The Price is Right, and they happened to be in their 20's.  They must have figured  I was pretty old, because they asked me if I preferred Bob Barker or Drew Carey as the host.  For those who care to know, The Price is Right actually debuted in 1972. All the years I watched Mr. Barker, I was impressed with his professionalism and ability to draw in his guests, but every day I see Drew Carey, I totally love his crazy sense of humor and funny comments.  So I told the kids I enjoyed Bob Barker when he was the host, but now that Drew is in charge, he's my fave, too. By the way, watching everyone win those prizes is very cool, but no one actually gets to leave with them after the show.  Basically, there's a ton of paperwork to sign, agreeing to pay the taxes, so it may be better to win cash.  Do you watch?

SEX EDUCATION
When I was a kid, the only thing my mom drilled in my head over and over again, was to not have sex prior to marriage.  She told me "Why buy the cow, when you can get the milk for free", more times than I care to admit.  Fast forward to present day, and sex education is being taught to kids who are 5.  Some say it's a good way to help them recognize abuse, and others think that's way too young to be talking about the birds and the bees.  What are your thoughts?