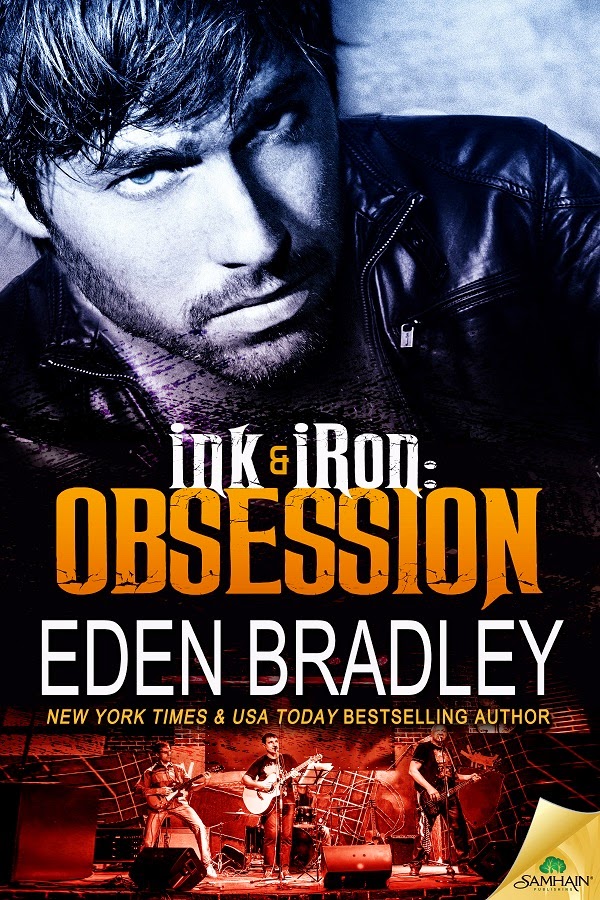 He could have it all… but all he wants is her.
Ink & Iron, Book 1
During his soaring career as the lead singer of indie-rock band Ink & Iron, Cole Kennrick has been through it all: sex, drugs, and rock and roll. Overindulging until he lost what mattered most.
Now he’s pulled his life together and left his addictions behind, except for one: his ex-wife, Janie. If only he can convince her their love was—still is—the real thing.
In the seven years since their divorce, Janie has kept tabs on the only man she’s ever truly loved. The one she had to leave in order to save herself. Still, dark and often kinky desires they explored together linger in her dreams and fantasies.
Janie has seen up close and way-too-personal that rock stars are bad, bad medicine. But when Cole shows up at her yoga studio, clean and sober, his leather-and-motorcycles scent teasing her senses, it’s way too tempting to slip right back into the one place she swore she’d never risk again—his arms.
Warning:  One smokin’ hot tattooed rock star, five sexy-as-hell motorcycles, and a little spanking—because leather and skin just naturally go together.

1      Who are you really?  Eve Berlin or Eden Bradley?  You're obviously real, but are your names?
They’re both pen names-they say you haven’t really made it in the romance genre until you get prison email. Seriously! I started with Eden, and due to writing for multiple publishers and contract issues I had to write as Eve for Berkley for a time. But those issues are past and now the ‘Eve’ name is only on the foreign editions of my first three Berkley books: PLEASURES EDGE, DESIRES EDGE and TEMPTATIONS EDGE.

2    You've been writing seriously since 2000.  How many times were you turned down before you were published and what did you do with your first royalty check?
I was really one of the lucky ones-I had three rejections from Silhouette Desire before I sold a book the first time I ever got to pitch live to an editor at a small e-publisher. My first royalty check was quite small-I may have bought myself something yummy at Starbucks-lol! But that book started my career, and it’s been building steadily ever since.

3     What's the last 3 books you've read?
I haven’t been reading much in the last year or two, sad to say. But the last three were: The Angel by Tiffany Reisz (I cannot say enough good things about her writing!), I re-read a long-time favorite, The People: No Different Flesh by Zenna Hendersen (old sci-fi-amazing stuff!), and CJ Roberts Captive in the Dark (awesome, but not for the faint of heart!).

4     What countries have you visited and what kind of souvenirs did you bring back?
I’ve been to Jamaica, a few of the Virgin Islands—St. Martins is French/Dutch, so not sure if you’d consider that another country…? Mexico (Cancun is so beautiful!), England (London and Cambridge), Scotland (Edinburgh and St. Andrews) and France (Paris and Versailles), and to Ontario Canada in January, which I don’t recommend-lol! But my favorite keepsakes I brought home from my Europe trip. I went in November, and I found the most gorgeous Christmas ornaments all over the UK, and from Paris…a small painting of the Eiffel Tower gifted to me by a tall, dark, gorgeous French painter-one of the artists set up around the square in Montmartre. Maybe I should have stayed… 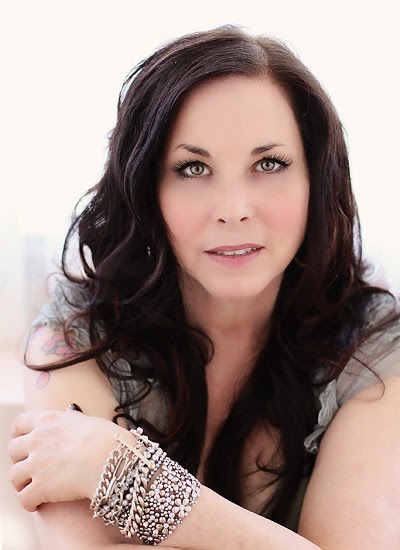 I think my darling grandmother inspired my love of cooking-I spent almost every weekend of my childhood in her kitchen.

How many shoes are actually in your closet and do any still have the tags on them?
If we’re counting boots and sandals and flip-flops-well over 50. And none still have the tag-that would be such a terrible shame! I’m often tempted to write in my stilettos, since they’re so beautiful and I have so many, but then my fuzzy slippers call…

6       How long does it take you to write a novel, and do you ever have Writer's Block?
I think writer’s block is the thorn in every writer’s side, but if you’re a career author you just have to sort of power through. There are a lot of tears and chocolate. Sadly, I am not kidding!

A full-length novel takes me about 5 months to write and edit-wish I could write faster! A novella (about 1/3 novel-length) I’ve done in anywhere from 3 weeks to 3 months. They just roll out a lot faster for me.

I don’t necessarily have to visit a certain location for story inspiration, having been involved in kink for 30 years, but I do like to. I’ve been to clubs and dungeon spaces as well as play parties in private homes all over the country. Not everyone is into ‘public’ play, but I happen to love it! But I do have a lot of history to draw on.

8    What was your inspiration for writing the book "Obsession"?

Honestly, it started when the amazing Lauren Hawkeye (and if you haven’t checked out her work, you might start with her book LINGER) invited me into a Box Set called Riding Desire (the story has since been re-edited and expanded and is being re-issued now through Samhain Publishing). Lauren had already decided on the premise and the heroes in this set all had to be bad boy bikers-luckily one of my favorite types! I immediately thought of making my hero Cole a rock star because they’re the ultimate bad boys (I’ve dated a lot of musicians and even one rock star, and I can tell you it’s absolutely true!).

It seemed natural to set the story in LA-I’ve lived there off and on much of my life, and a lot of people in the music industry are there. The rest just sort of came to me. Cole came fully formed-he was pretty damn bossy about it-told me what he looked like, that his guitarist was his brother, and that his great love was his ex-wife, Janie. Seriously, my heroes talk to me like that. Some of my heroines, too! (especially Rosie from DANGEROUSLY INKED and Mischa from TEMPTATION’S EDGE-both tattoo artists). But back to my bad boy hero, Cole… I didn’t even get to decide about his tattoos-he told me all about them, too. But I didn’t mind-tattoos are such a personal thing, so I let him have his way. Um…not that he’d let me write the story until I did everything he asked. Demanded. Did I mention how bossy he is? Bossy men are always such lovely inspiration when you’re a kinky girl…; )

Thanks so much for this fab and informative interview.  We love your work and look forward to many exciting books int he future. 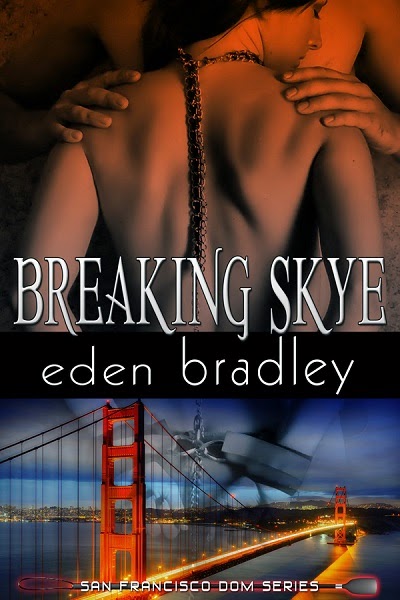 Simply comment here no later than February 25, 11:59pm ET for your chance to win.  Good luck!


Visit the website www.EdenBradley.com or her group blog at www.Smutketeers.com